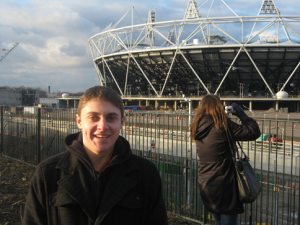 The Summer Olympics, the world’s largest mega-event, put cities like Barcelona and Atlanta on the map. That era of the Games, however, has long since ended. Once the domain of cities hoping to break through the threshold of global relevance, the Summer Olympics now belong to the world’s largest cities, densely populated hubs looking to cement their reputations as the preeminent centers of culture and commerce. The motives for hosting the Games have transformed over the last several decades, and typically cited metrics such as GDP and job growth fail to capture these new justifications. In order to fully understand and quantify these new “Legacy Games,” then, scholars, city planners, and economists must delve deeper into the social and economic impacts of hosting the Olympiad.

My project in the Wharton Social Impact Research Experience (SIRE), which brought me to London in the early summer of 2012, focused on the premise above. Fueled by my interest in the cross-section of economics and sport, my involvement in the SIRE program began several years ago with the simple question of Olympic worth. As is typical of scholarly research, my exploration of the subject ultimately led to more questions than answers, and my project evolved as I conducted more research and spoke with my advisor, Professor J. Adam Cobb.

Wharton SIRE provides undergraduate students with the opportunity—and the incentive—to devote a summer to scholarly research on a topic relating to social and economic impact. The program is intentionally open-ended, designed to encourage students who otherwise would not participate in research during their four years at Wharton to give the academic approach the old college try.

For me, Wharton SIRE provided an opportunity to be inquisitive, to explore, to think critically, and to immerse myself in a topic that has always been of great interest to me. Of course, the program also gave me a chance to spend months in London, visiting 2012 Games sites, conversing with locals and British professors, and soaking up the atmosphere of one of the planet’s greatest cultural and commercial hubs. While SIRE may not be for everyone, Wharton students with the drive, attitude, and scholarly inclination are just a few questions away from pursuing their own line of academic inquisition, anywhere in the world.