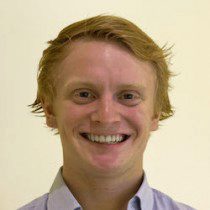 When I was admitted to Wharton almost one and half years ago, I was ecstatic. I could not believe that I had actually gotten in and that all my hard work from the previous few years had paid off. The only bad thing was that no one really knew what Wharton was – especially all my Canadian friends back home. When I would tell my friends where I was going to school next year, instead of hearing “Oh my God, you’re going to Wharton!” like one such expect considering the prestige of the school, most people would simply say, “Oh cool, you’re going to Penn State.” While admittedly Wharton does not have the universal recognition of schools like Harvard and Stanford, the Wharton name does leave a strong mark on those who have some knowledge of high-level business education. This is something I noticed around the world in the months leading up to my arrival at Wharton in the fall.

Like most eager recently admitted students, I had stocked up on Wharton swag when I came to visit for Quaker Days. And, obviously, I wore my Wharton sweater any chance I could. This is when I started to notice just how well regarded the school really is. When I was crossing the US border during my senior year trip to New York, the border guard kindly complimented my sweater as she let me into her country. While walking around Saks Fifth Avenue, the salesman seemed to take a great deal of interest in me and another customer gave me a serious stare in the elevator on the way out. The most interesting moment for me though was a few months later when someone stopped me on the streets of London to ask if I really did go to Wharton. And this was just because of my sweater! In addition, any professional networking that I have done off campus has been greatly aided by the fact that I’m currently a Wharton undergrad. Clearly, going to Wharton does mean something.

It is easy to forget what it really means to go to Wharton after you settle into your daily activities at Penn. However, every time I step off of Penn’s campus to go back home or travel I am reminded of the privilege and honour I have to go to this amazing school. The Wharton brand extends to all corners of the world, inspiring confidence in all who hear it. It acts as a seal of confidence, intelligence, and creativity on all the students who bear it. Every Wharton student and grad may get their fair share of blank stares when they talk about their school, but never underestimate the weight that the Wharton name carries and the recognition that it gets around the world. This is what makes the experience something truly invaluable and an asset that you will have for the rest of your life.

Chris Motz is a Wharton student in the class of 2018 from Waterloo, Canada expecting to concentrate in Finance, OPIM, and Management. In addition to his involvement with Wharton Ambassadors, Chris is involved with the undergraduate consulting, entrepreneurship, and statistics clubs. Chris is currently the Co-Prime Minister of the Canadian Club at Penn. Outside of Penn, Chris loves to run, ski, and travel the world to eat.