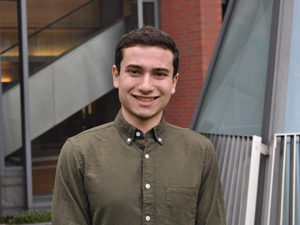 I won’t deny that a competitive spirit pervades Wharton. It is the leading undergraduate business school in the world, and its highly accomplished, driven students graduate with the toolset they need to excel in a fiercely competitive business world. If Wharton were not a competitive place, that toolset would be missing its screwdriver. Yes, many Wharton courses are curved. Yes, networking for internships can be a cutthroat process at times. Yet, I am often disappointed to hear how little people speak about the other C-word, collaborative. I would challenge anyone to find me a school with a more collaborative curriculum and overall culture than Wharton. My most memorable, significant accomplishments as a Wharton undergrad have been those that involved collaborating with others. In my experience, individual-level competition (e.g., course curves and networking for jobs) pales in comparison to group-level competition.

Successful teamwork requires collaboration, and several courses here teach students how to optimize team performance. For instance, in Management 101, we learn how to avoid common “tripwires” that teams face. I was fascinated to learn that independent brainstorming produces a greater quality and quantity of ideas than group brainstorming. Tell that to any K-12 teacher you ever had! It makes sense though: when people brainstorm together, some group members hold back ideas out of fear about how other will perceive them, while other group members lose their own train of thought while listening to others brainstorm out loud. Thus, it is best practice for groups to split up for the brainstorming phase then meet back up to recombine ideas and proceed as a group.

Back to collaboration. As co-president of two Wharton clubs, I know firsthand that combining unique perspectives and taking collective ownership over results produces better outcomes. For instance, the Wharton Undergraduate Real Estate Club’s first-ever Miami trip happened because many heads are better than one. Wharton students learn to work well together, which is in my mind the most important tool in the box. I personally love final group projects, such as the one I worked on in my Urban Real Estate Economics course. My group, which consisted of five undergraduates, proposed a redevelopment project in Cambridge, Mass. We performed a financial analysis, presenting and writing a paper on a potential conversion of warehouses into an office park in West Cambridge. Having had several internships in commercial real estate, I can say with confidence that our group dynamic was similar to that among real-world deal teams.

On a final note, let’s revisit the individual-level competition I mentioned earlier. In many cases, students will study for exams and share notes in small groups rather than study alone. No one I have ever met thinks twice about this, even in curved classes. In other words, even when people receive individual grades and are evaluated relative to their classmates, they still help each other (collaborate!), because this is the optimal way to prepare for most exams. I love to teach material to my friends and close acquaintances rather than read it silently to myself, as doing so helps solidify my own understanding. Wharton students are very transactional, so I can expect that someone will return the favor and teach me something I’m struggling with in the future. In summary, students who harness the power of collaboration will get infinitely more out of their Wharton experience. And they will be in good company, as working together is truly the norm here.

I’m a member of the Wharton class of 2017 from Boca Raton, Florida concentrating in Real Estate and Finance. I serve as Co-President of the Wharton Undergraduate Real Estate Club and the Wharton Management Club. I am also an active member of Wharton Ambassadors. In my free time, I enjoy exploring Philadelphia's fantastic culinary scene and going to the movies.