The Penn men’s squash team has had an extraordinary season, clinching the Ivy League title outright for the first time in more than 50 years. The Quakers finished the regular season undefeated — a first in school history — and are hoping to bring Penn its first national championship. Three players in the Wharton School chatted about the ride so far.

What led to the success this season?

Saksham: Our team is super close. That’s a key driver. Second, we’re pretty deep in comparison to other teams. We have guys who can play top 9 (the starting lineup) on any other team.

James: We have players on the team from England, India, Malaysia, Canada, Egypt, America. Bringing together some of the best high school squash players from all over the world to Penn is definitely something that made us super successful.

How do you juggle academics and athletics?

Saksham: Being a student athlete helps me with my time management. If I have squash practice in a day, then I plan my schedule around that, and that helps me stay organized. Whereas, if it’s a Sunday and I don’t have practice, then I would procrastinate. I feel being a student athlete has contributed to me doing well in my academics, so I enjoy it.

Nick: I think the same way as Saksham. If I didn’t have squash, I wouldn’t manage my time that well. Being in season forces you to plan accordingly, whereas out of season you don’t really have to plan around anything so you can let things off until the very end. During the season, you have to stay on top of your work so actually, it’s a plus to be a student athlete.

What’s one of your favorite things about Penn or Wharton?

James: The one thing about Wharton that I really like is the ability to interact with professors outside of the classroom to get their thoughts on current events, on businesses, on trends, and all sorts of different industries. You can chat with them after class, walk down the hall, grab lunch with them. That’s what makes Wharton different than other schools.

Saksham: I love Wharton’s emphasis on leadership. We’ve all been a part of the Penn Athletics Wharton Leadership Academy. It helps us become better students in the classroom and better athletes on the court. I don’t know about many schools, especially back in India, that do that. Also, Wharton gives you that flexibility where you can explore your interests. I find it pretty cool that I’m able to take a class in product design in the College, even though I’m concentrating in finance and business analytics.

Nick: I’m in a fraternity, St. Anthony Hall. I’ve met a lot of great guys there, and it’s nice to be able to have a group that’s not focused on just sports that I can hang out with.

What have the reactions been since you won the Ivy League Championship?

James: We all have received tons of text messages, Instagram DMs, congratulations from professors in class. Penn has done a nice job of getting the word around that isn’t necessarily a given with a sport like squash. I’ve been kind of blown away by how much positive feedback I’ve gotten.

Saksham: Being an international student, it means a lot to my family. When they read a newspaper article about us or just see the kind of publicity that we’ve been getting, they still can’t believe it.

James: I have superstitions around how many times I bounce the ball before I serve. I do think that gives me something other than the squash to obsess over when I’m in the middle of the match, which lets me be free with the squash, which I think is what rituals are all about.

Nick: I always wear a bandana.

Saksham: I touch the board (out-of-bounds line on the front wall) when I step on the court. That’s my way of paying respect to the board that you’re playing on. After my match, I always look up. I try to think of my coach back home who passed away. It’s almost like a tribute to him.

What is something you admire most about your teammates?

James: Everybody’s willingness to sacrifice their own personal gain or publicity or stature for the sake of the team. We have a lot of people who were some of the best junior players in their countries who aren’t even in our starting lineup. Everybody’s been very good about understanding that everyone has a role.

Nick: I admire the work ethic that everyone puts in. They go all out every day even though they might not be playing any matches.

Do you have nicknames?

Saksham: But I don’t approve of that!

Describe the season in one or two words.

Saksham: I would describe it using the qualities that our team has displayed: discipline and grit.

James: Culmination. It’s my senior year and a big class of us are graduating, including two people who took fifth years so they could be here for this season. Hopefully, this is a successful culmination toward a goal we’ve had for four years.

James: The motto is from a while ago, and one of the guys on that team unfortunately passed away during COVID-19. We tried to bring it back in his memory and embody the toughness that we want to have. 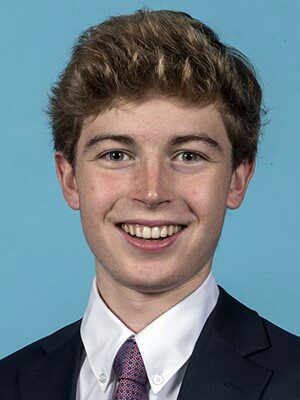 The Canadian started playing squash when he was 8 or 9 years old. He began with tennis but got into squash by playing with his dad. His interest in business also came from his family, since both his parents work in finance. He interned at Goldman Sachs in tech investment banking last summer. After graduation, the senior will be doing growth equity investment at General Atlantic in New York City. 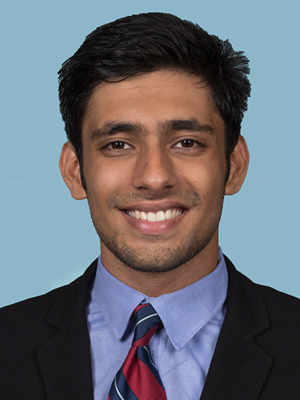 The junior’s interest in squash came from tagging along to his older brother’s practices. He started playing at 10 years old, after being a competitive roller skater and winning a national skating championship in India. After exploring classes at Wharton and the College, taking finance and business analytics courses solidified what Saksham wanted to pursue with his business degree.

Nick got into squash through his childhood best friend, Dana Santry (C’24), who is also on the team. The pair played tennis, but when they were 8 years old Dana convinced Nick to try squash and they’ve stuck with it ever since. His interest in business started through his stomach. The sophomore’s father worked at a Goldman Sachs and took his son to Take Our Children to Work Days. “Honestly, when I was a kid, I loved the dining hall there. Back then it was food, but now I’ve just started to become interested in finance as my concentration.”