Determined to have an international impact, Stephanie Wu, W’20, is taking advantage of Penn Wharton Public Policy Initiative’s resources, including a summer research assistantship and the Industry Exploration Program in Washington, DC.

As valedictorian of her high school class, Stephanie Wu, W’20, had a breadth of opportunities open to her, both in her native Australia and abroad. Ultimately, though, she was not content traveling the same path as so many of her peers in Sydney, and chose to make the 24 hour plane ride to Philadelphia.

“Here at Penn, I am surrounded by people pursuing a whole breadth of majors and interests. I love finding people who are so passionate about their particular interests,” and “bring unique perspectives to the table,” from all parts of the world.

While pursuing her degree at the Wharton School, public policy has emerged as another key area of interest for Stephanie. As a state debate and Model UN champion, Stephanie found close ties between those activities and the necessities of sound policy making.

“Debating really pushes you to come up with really deep and sound analysis,” she tells us. While Stephanie still exercises these skills with the Penn Debate Society, she also provides policy research and analysis with the Health, Education, and Welfare Committee of the Penn Wharton Public Policy Initiative Student Group blog Wonk Tank.

Working on the blog has allowed Stephanie to become better versed in American domestic policies, while also contributing an analytical perspective that only an outsider can bring. “On the surface, Australia and the United States may seem very similar culturally,” she tells us, “but the societal attitudes on certain policies are vastly different. It’s interesting to compare the issues, and to try and tease out where the differences stem from.”

To immerse herself more fully in the American policy environment, Stephanie recently took part in a three day, for-credit Industry Exploration Program in Washington, organized by Penn Wharton PPI. With a group of over 20 peers, Stephanie visited various government agencies, think tanks, and other policy organizations, to see the policy making process up close and better appreciate the role that research plays in driving policy discussions.

It’s a role that Stephanie can easily envision for herself someday. “I know that studying and working in public policy in the United States will enable me to shape issues which have a much more significant international impact.”

What she took most from the trip, however, was a bond with Penn’s alumni. Over the course of the trip, the group was able to meet with various Penn alums working in public policy in DC. “Speaking with alumni provides a lot of clarity to my career goals, and reassures me that public service isn’t as frustrating and unrewarding as it’s often made out to be.”

This summer, Stephanie is working as a PPI-sponsored research assistant for Prof. Sarah Light, Assistant Professor of Legal Studies and Business Ethics at the Wharton School.

“As undergrads,” Stephanie says, “it’s easy to think that the university revolves around us, when in actuality, the reason that a lot of us are drawn to Penn is its reputation, and a large component of that stems from the research of our professors.”

Professor Light’s research, which focuses on the environmental regulations surrounding new technologies and practices, both on a local and federal level, stood out for Stephanie as being incredibly timely. “I think her research is very cutting edge. These are ideas that are very relevant to policy-makers now, and which will become even more crucial in the future.” Stephanie hopes to get a closer look this summer at what a career in academia entails, as well as to see where academic researchers fit into the policy making landscape.

As her first year comes to a close, Stephanie is grateful to be surrounded by a plethora of forward-thinking peers and first-rate, dynamic professors. Though being surrounded by so many brilliant minds has been challenging, Stephanie admits that she has grown a lot from it, and plans to keep it going.

“For the next three years,” she tells us, “I hope to take advantage of many of the amazing resources Penn offers. I hope to meet people from all circles of Penn and experiment with a wide variety of interests.” Eventually, Stephanie envisions herself working in public-sector consulting after graduation and advising governments in the developing world in the long run. “In between those things,” she states, “I’m going to let my passions take me wherever they do!” 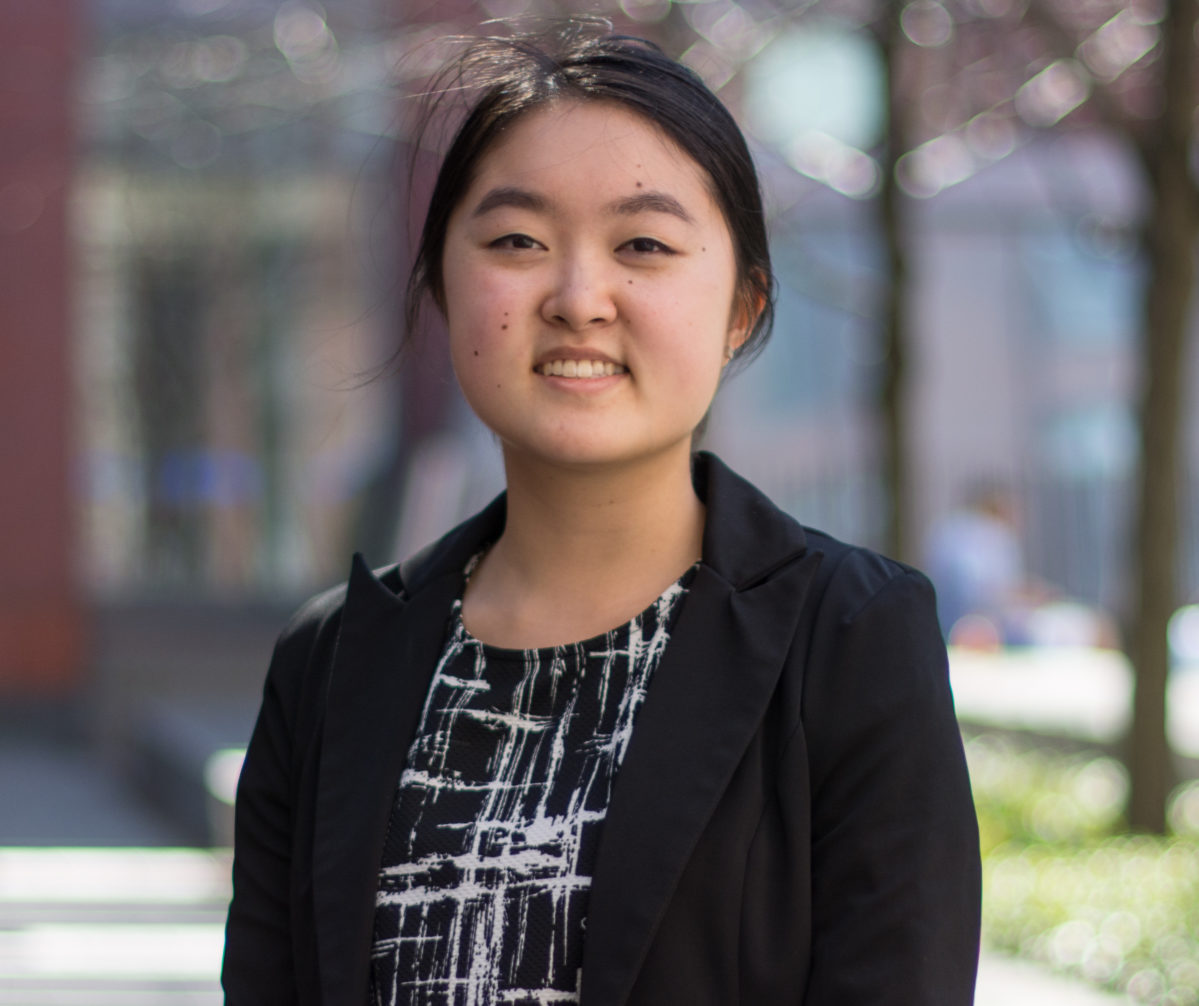