Wharton Stories » How Wharton Is Growing Diversity in Neuroscience

How Wharton Is Growing Diversity in Neuroscience

When Ileri Akinnola arrived at Penn to join the Summer Undergraduate Internship Program, he wasn’t sure what to expect from an Ivy League school. He figured it would be ultra-competitive, exclusive, and perhaps a bit unwelcoming to a rising senior from the University of Maryland, Baltimore County.

But he found exactly the opposite.

“UPenn is not what my first impression of an Ivy League was,” he said. “I didn’t get that vibe from anyone there. It was a very inclusive environment.”

That was especially important to him as a Black student majoring in computer science. The son of Nigerian immigrants, Akinnola has grown accustomed to being the only person of color when he walks into a room, even in the international halls of academia. In the classrooms at Wharton, he said, there was representation.

Akinnola is one of two recipients of the inaugural Applied Neuroscience and Business Analytics Summer Undergraduate Internship for Underrepresented Students, which is sponsored by the Wharton Neuroscience Initiative (WiN) and Analytics at Wharton. The internship was conceived to combat systemic inequalities and the lack of diversity in neuroscience, behavioral science, analytics, and data science careers.

Elizabeth “Zab” Johnson, executive director of WiN, said she finds students and alumni across the Wharton and Penn community who are often surprised to learn about the broad applicability of neuroscience. They don’t realize that many companies want to incorporate neuroscience and behavioral science analytics into what they do.

“If this is the case at Penn, then there are countless underrepresented undergraduate students outside of Penn who are not being reached and are thus unaware of these educational and career paths,” she said.

Wharton marketing professor Gideon Nave, who advised Akinnola throughout his 10-week internship, pointed to the gaps in research that come from conducting studies through a narrow lens.

“Likewise, having a non-diverse research community might also generate a bias, as our culture, language, and early life experiences color everything we do — even as scientists who try to remain objective (for example, it could impact our choice of what questions to study). This is especially true for psychology and neuroscience, where our goal is to find principles that apply generally to all humans,” he said. “So, there is much to gain from making the research community more diverse.”

Digging into the Data

Nave said the study expands on previous work that was limited because it made predictions based on what viewers reported that they liked to watch, not what they actually watched.

“Ileri is a perfect match for this project,” Nave said. “It requires both computational skills and knowing how to work with data, but also understanding of psychology for deriving insight and interpretation of the findings.”

Akinnola is proficient in coding, but he also has an intense interest in psychology. In fact, he is switching his major this year to graduate with a bachelor’s in psychology and said he intends to pursue a doctorate degree in the field. 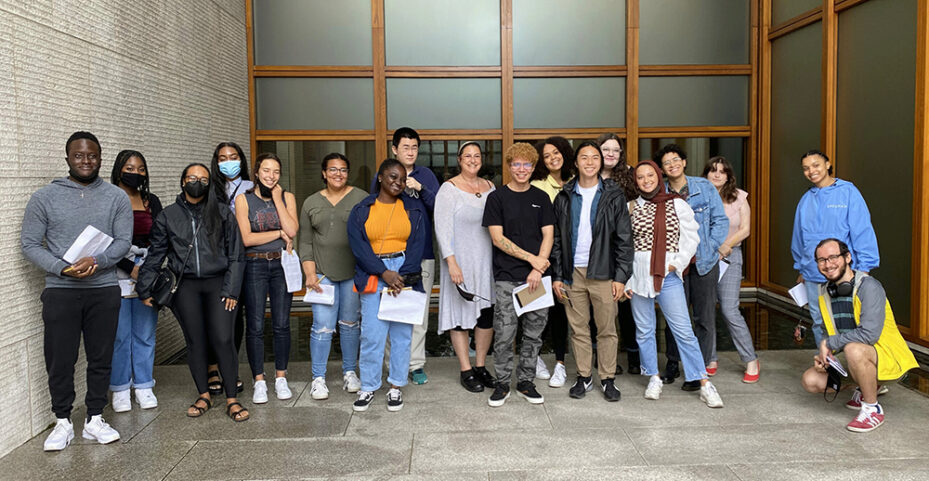 Akinnola is proud of his ethnicity — and equally honest about the challenges of being a person of color in predominately white spaces.

“I think the first part of it is psychological because when I walk into a lab, I’m one of the only people who looks like me,” he said, describing how that can shake his confidence. “Imposter syndrome is very pervasive, and it’s even more pervasive when you walk into a room and nobody looks like you.”

He said programs such as the internship at Wharton are helpful because they create a space where underrepresented students can find peers.

“There’s a new generation of people coming in to change these types of things, to give a new perspective, and to make sure people like me don’t fall through the cracks,” he said.

Johnson understands the significance of representation for all students. She graduated from Mount Holyoke College, which is a women’s college, and has spent her career in the often male-dominated STEM field of neuroscience. She draws inspiration from Cerita Bethea, director of behavior science at Coca-Cola, who wrote the phrase, “You can’t be what you can’t see,” in a blog about increasing diversity in the field.

“Seeing others like yourself can make a huge difference,” Johnson said.

Akinnola said he gained a lot of confidence during his time at Wharton because his mentors trusted him with a key role in the research project. He plans to carry that confidence with him through graduation.

Nave and Johnson are sure Akinnola will be a success.

“Ileri has a toolkit that would allow him to expand knowledge by answering old questions in psychology using new methods, and asking new questions that could not have been answered earlier,” Nave said.

Akinnola hopes to see more underrepresented students going after what they want without fear of rejection or that creeping feeling of imposter syndrome.

“I think the best advice I could give would be to find other people who align with your goals,” he said. “Having that support system to pick you up when you’re down is really important. Don’t look at it as if you stick out; use that opportunity to stand out.”

This story was adapted from an article originally posted by Analytics at Wharton. 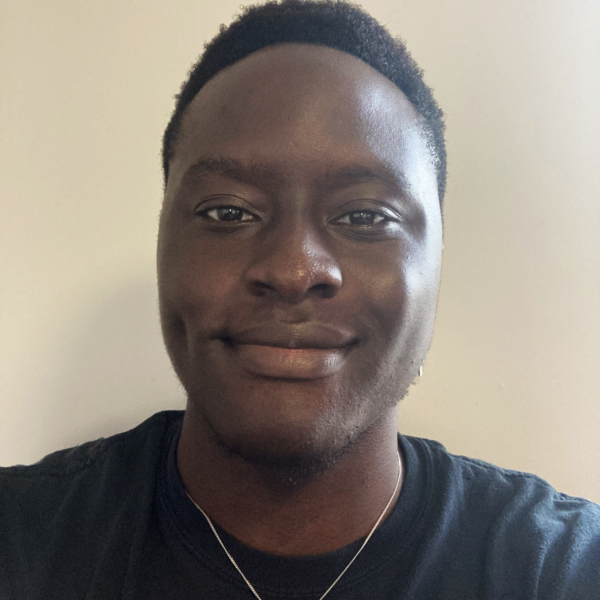