Postcards From The South Pole

We were high up on the ridge of a glacier. To our right, all we could see was unbroken, endless white, a curve of ice and snow stretching all the way to the horizon. Before us lay the ocean, speckled with jagged islands, huge floating icebergs, and furious fast-moving waves. There was no movement, no footsteps. I felt a tug, and I turned back to face the nine bundled figures spread out behind me in single file, connected to each other with harnesses and rope. Unable to hear each other over the wind, we could feel each other’s every movement through the tug and pull of the rope. These tugs guided us as we matched rhythm step by step, walking together as one to find our new campsite safely.

Boarding our plane back to Chile at the end of our nine-day trip, we huddled together for warmth in celebration and disbelief at being the first undergraduates to join the Wharton Leadership Venture to Antarctica, alongside the usual group of MBA participants. Our expedition this past December was one of the more immersive hands-on experiences organized by WLV in its mission to encourage “exploring and mastering capabilities for effective individual and team leadership” by bringing participants to unfamiliar team-based, often outdoor settings. For me and my five undergrad classmates, Antarctica was a whole new level of adventure.

Going in, many of us were nervous and uncertain about what we would do from day to day. But that’s exactly what drew me to the trip—when faced with anything that makes me uncomfortable, I jump in and challenge myself to adjust. I still had fears, though—mostly of holding back my team. (I was also so nervous about navigating that I printed out a “How to read a compass” packet before I realized that we use GPS and that compasses don’t work well near the South Pole.)

Our leadership frameworks emphasized how seemingly small acts and the words we choose have a significant impact on group dynamics and the tone of group culture. Moreover, they impact how you are perceived. By being conscientious about our language, we were able to communicate more effectively and set a professional tone when it was our turn to be “Leader of the Day” (LOD). We were also a very positive group; even when things were tough or the days were long (the sun set at around 11 p.m. and rose around 3 a.m.), we cheered each other up and stayed optimistic. It certainly wasn’t hard to be upbeat when surrounded by penguins and seal babies.

Though I believe I’m a self-reflective person, sometimes I struggle to identify biases in my own thinking, and I miss out a lot on what’s happening “out there” when I’m in my own head. WLV’s Antarctica trip taught me that to look in, one must first look out. Every morning I reminded myself to still my mind, to pay attention, to observe the world around me. Our guide, Vero, once said that to her, the beauty of Antarctica is that despite its stark simplicity, nothing remains the same each day. It’s easy not to notice the ice that forms over a small stream, the new bird tracks in the sand, the lichens under your feet that are photosynthesizing while frozen at -20 degrees Celsius.

Meanwhile, our “AARs”—“after-action reviews,” when we gathered in a close circle and reviewed the day’s goals and challenges—helped us dig deeper with group feedback and analysis. It wasn’t always easy; by this time of night, we were cold and ready to curl up in our sleeping bags. But honest and specific feedback is an opportunity to learn about yourself. For example, after my LOD, my teammates pinpointed specific times when I was helpfully directive in packing our gear in the morning, but also many times when I should have stepped up—literally as pathfinder, and vocally as a leader organizing our group to find a new campsite.

But what was Antarctica like, besides beautiful and cold? It was seeing curious penguins leaping through the water whenever we were by the coast. It was almost stepping on sea lions, because they look like rocks and don’t move. It was visiting the Chinese base, eating tomatoes from their greenhouse, and playing drums with the Uruguayans. It was climbing a mountain (our “China Summit”) from which we saw unparalleled views of the water, faraway glacier cliffs, and endless rocky land and snow. It was learning how to raise a tent, and retain your patience, in strong winds. But most of all, it was the people that made this trip for me.

We started as a small group of six undergraduates, strangers to each other and to the world in which we were immersing ourselves. When we left, we were a close-knit family, in awe of how such a cold environment could be so dynamic and full of life, and humbled by the discoveries we had made about ourselves and one another. Huddled together back on campus weeks later, this time at a tapas restaurant in downtown Philly instead of over a miniature cook stove, we shared photos, memories, and laughs as we planned more modest adventures—baking bread and skiing in the Poconos. We marveled at how the building of genuine trust in each other has tied us together by something much stronger than glacier ropes. I know that for each of us, this was one of the best decisions of our lives. 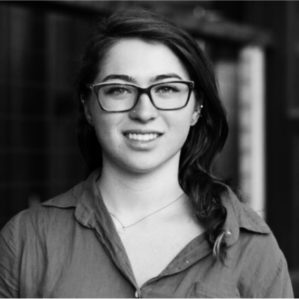 Concentrations
Operations, Information and Decisions at Wharton and pursuing a dual degree in the College