Wharton Stories » The Rise and Future of E-sports: 3 Insights from President of Philadelphia Fusion Tucker Roberts

The Rise and Future of E-sports: 3 Insights from President of Philadelphia Fusion Tucker Roberts

The 2018 Wharton Sports Business Summit featured the growing business of e-sports, with President of Philadelphia Fusion Tucker Roberts, W’13, stating that there is “no ceiling on how big it can get.”

On a rainy Friday morning, over 300 students from the University of Pennsylvania and other schools across the U.S. attended the second annual Wharton Sports Business Summit. Organized by The Wharton Sports Business Initiative and The Wharton Undergraduate Sports Business Club, the day’s agenda was packed with keynotes, panels, and breakout sessions led by notable sports industry leaders and Wharton alumni. To the surprise of some in attendance, e-sports, the rising phenomenon of video game competitions, was referenced again and again in most of the sessions. 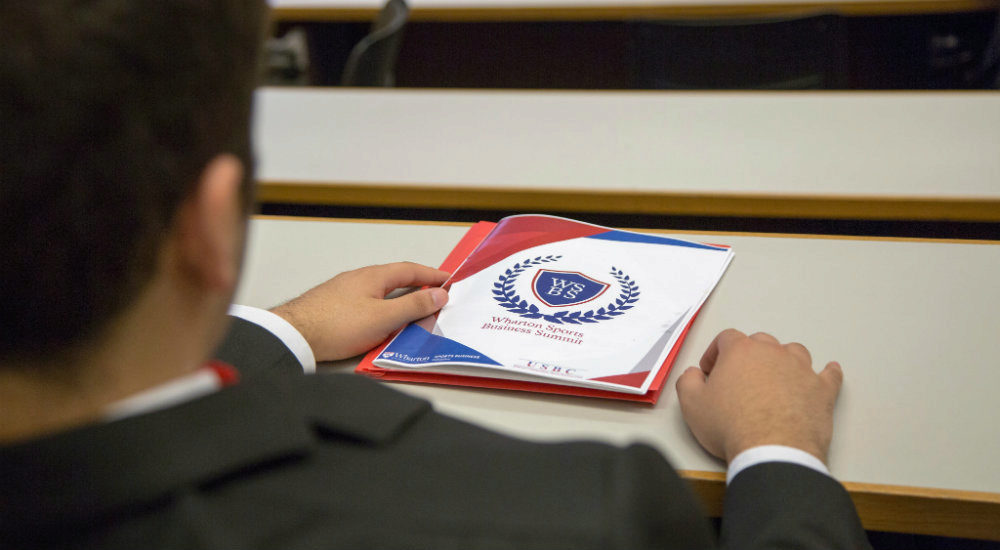 Professional video-gaming has become increasingly popular over the years. Though e-sports has attracted a large following (more than 10 million people tuned in to watch the 2018 Overwatch Grand Finals in July), confusion and speculation regarding this new concept still remains.

E-sports is essentially a genre: in the same way that soccer, tennis, and football are all under the larger umbrella of “sports”, e-sports encompasses all types of video games. From team competitions in fantasy worlds such as Overwatch and League of Legends to a virtual version of a real sport like FIFA or NBA 2K — as long as the digital aspect is present, then the details of the game are irrelevant.

Tucker Roberts, W’13, is the President of the Philadelphia Fusion, one of the original twelve teams in the Overwatch League. During a breakout session he shared three insights on the popularity and potential within this emerging sector of the sports industry.

There is no doubt that the e-sports industry is booming and on the cusp of entering the mainstream. Tucker cited influential celebrities such as Drake and Michael Jordan, who have both invested in e-sports organizations. If you type “LOL” into the Google search engine, results for League of Legends dominate the screen. Intel Corporation is lobbying the International Olympic Committee to include e-sports at future Olympic Games, which would introduce the industry to non-gamers and help solidify its status as a professional sport. Ninja, a popular gamer, will be broadcasting live from Times Square this New Year’s Eve. Colleges are also starting to incorporate their own e-sports leagues and grant scholarships to talented students. There are even Fortnite coaches and tutors.

Global viewership is another indicator of the popularity: there were more viewers for the 2016 League of Legends World Championship Finals than the 2016 NBA Finals. During the Breakout Session on the Panthers’ acquisition, Charles Baker, co-chair of O’Melveny’s Sports Industry Group, mentioned how “e-sports is more global than any of the five American Leagues.” The live experience is incredible as well. Tucker recently supported his team at the Overwatch League Grand Finals, and he emphasized how social media platforms specifically for gamers, such as Discord, make e-sports events “like a high school reunion: you know everybody.” E-sports continues to capture a larger audience every year, in part because of continuous improvements and additions to the industry, including YouTube Gaming and tournaments broadcasted by ESPN and Turner.

High Profit Prospect and Advertising Appeal to a New Demographic

As an industry that’s on track to crack $1 billion in revenue within the next year, e-sports presents an attractive new market with a high potential for profit. It possesses a unique audience demographic: the majority of viewers are young, and the largely millennial fanbase of passionate and tech-savvy viewers provides a lucrative market for companies that are interested in reaching different segments than the ones dominating traditional sports. Tucker emphasized that fans’ view the brands that sponsor the leagues as “helping the community grow.” Mercedes-Benz, Gillette, Red Bull, Comcast Xfinity, and Mountain Dew have already made sponsorship and partnership deals with various tournaments, leagues, and teams. Will Deng, W’04, mentioned the club tournaments that the NFL has hosted, as well as the skins they have recently started selling on Fortnite.

The fundamental principles of traditional sports remain the same — competition, skill, pressure, teamwork, and practice are all essential components of every e-sports game. However, there are certain advantages to e-sports that traditional sports lack.

Tucker stressed the unique “intimacy with gaming” that professional gamers often develop with their fan bases, and how they “play games with their fans.” During the Sports Content Distribution and Monetization panel, Zach Weiner, C’14, pointed out how NFL and NHL players wear helmets, making it harder for fans to connect with them, whereas in e-sports you can watch the players’ expressions as they react to the game. Weiner said this human element is “super powerful” towards creating a strong affinity between the players and fans. Another advantage is accessibility. E-sports fans can play every game that they watch. The games offer broad appeal and often have one simple objective. E-sports is also one of the few platforms where men and women are able to play on the same team. 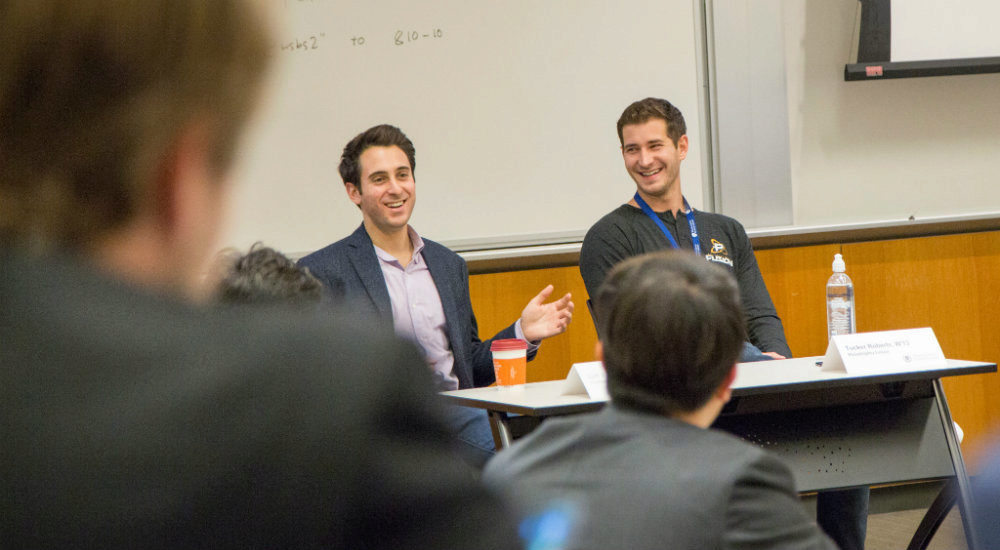 E-sports’ biggest challenge is overcoming the negative perception and confusion that currently plagues the industry. More exposure to the concept is essential to dispel the misconceptions held by mainstream consumers. Tucker recalled how Amazon’s acquisition of Twitch “accelerated things tremendously” for the industry. He said that the industry “needs structure [and] needs institutions.” The increasing number of scholarship and college programs, coupled with a potential adoption at the Olympics, are all monumental steps in the right direction.

Despite some of the misconception surrounding e-sports, there is no denying its popularity, resilience, and positive future prospects. When asked about e-sports during The Economics of Advertising and Television Sports session, Bruce Lefkowitz, C’87, commented on the “attractive” industry, saying: “E-sports is going to be a huge entity in 10-15 years.” Tucker also believes that the future of e-sports is bright, declaring that there is “no ceiling on how big it can get.”

The Wharton Undergraduate Sports Business Club (USBC) aims to educate students on the world of sports business, build awareness of career and internship opportunities in the sports industry on campus, and help students to get those positions. 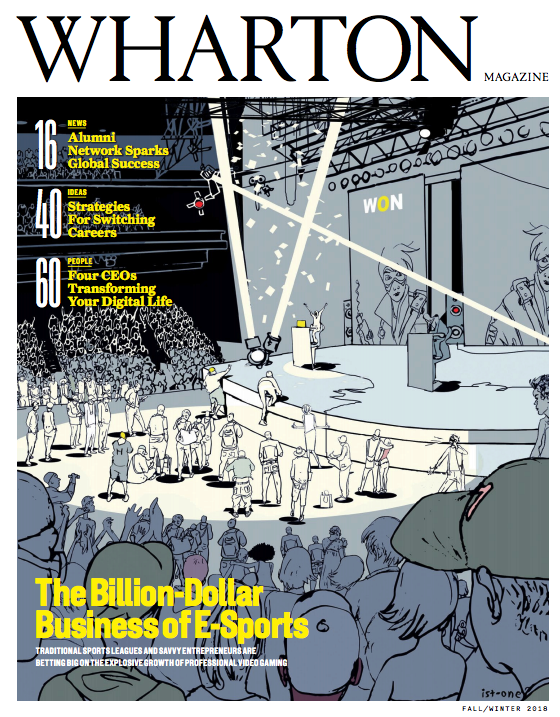 Part 1: Eric Bradlow, Professor of Marketing and Statistics at the Wharton School and host of Wharton Moneyball, speaks with leaders from the world of sports about both analytics and business strategies. In this hour, we hear from: Jeff Luhnow, General Manager and President of Baseball Operations for the Houston Astros; Stu Siegel, CEO of HockeyTech; Bruce Lefkowitz, Executive Vice President at Fox Networks; and Melanie LeGrande, Vice President of Social Responsibility at Major League Baseball.