Wharton Stories » Through Trial and Error, This Wharton Undergraduate Found His Own Path

Through Trial and Error, This Wharton Undergraduate Found His Own Path

Most college athletes hone their sport through many years of competitive playing, but not Jason Fan. He played many sports as kid, including baseball, swimming, and golf. His interest in golf started because his dad is an avid golfer. Even though Jason didn’t become a competitive golfer until his senior year of high school, it helped lead him to Wharton.

“Not a lot of schools were at that intersection of where I could play golf and where I wanted to study,” he said. “I wanted to go to a business school. I wanted to be on a golf team, and that really narrowed down my search.”

Being on the golf team helped Jason learn how to manage his time between classes and practice.

“When you’re in season, it’s practice to classes and classes to practice,” he said. “Sometimes you just have to stay in and work and not grab a fun dinner with your friends or go out. You just got to be more disciplined with your time.”

Golf taught Jason to stick his work ethic, especially since it is played in both the fall and spring semesters.

The Penn Men’s Golf team has 14 members, which is relatively small compared to other sports, like football.

“It’s very, very small. So you’re very tight and you spend all your time with these 14 people,” said the New York native. “You really get to know each other. We hang out all the time in and out of season.”

Jason was born and raised in New York City until he was 10, when his family moved to Beijing and then Hong Kong.

He says he always wanted to return to America for college because he felt he fit in better here.

“Technically, I’m not an international student because I’m an American citizen,” he said. “But my background is very similar. You’re straddling both — growing up in America, spending most of your time in Asia. I think, in some ways, it’s a really great thing, and I wouldn’t trade that for anything.”

Jason knew he wanted to be a finance concentrator but, at a friend’s suggestion, took a real-estate class his sophomore year and “loved it.”

“I never planned on studying real estate upon arriving at college. Now I have taken three real-estate classes, worked in two real-estate-related internships, and will start my career as a real estate analyst. Real estate is pretty much all I do now. So, it’s great.”

One of the reasons he was drawn to real estate was the many professors with international backgrounds who had experience working in Japan, China, and emerging markets.

“That was a great way for me to finally learn about other countries and other markets in a college class because most of my other classes were very finance theory, very academic, whereas this was super just learning about development, learning about more tangible things, something you can probably wrap your head around easier,” he said. “I wanted to transition to something that I like and I found real estate.”

Post-graduation, he will work at Newmark, a global real-estate bank in New York and his long-term plans are to potentially work overseas.

“I don’t have anything mapped out right now, and I think it’s pretty important not to because there are many opportunities that I haven’t thought of yet that could be very interesting,” he said of his future.

He recommends other students be open to not having everything mapped out and take risks.

“You shouldn’t be really afraid to try and fail here. Because you’re at Penn, you’re at Wharton, no matter what you try, it’s going to be fantastic. Even if you don’t like it, there are so many other things to do here. It’s not a life-or-death situation.” 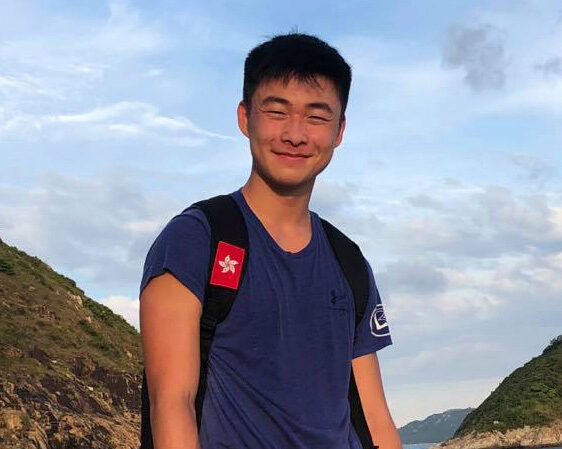 Favorite place on campus
My favorite buildings to study in are the Law Library or the Singh Center for Nanotechnology. They are super quiet and spacious for when you need to focus by yourself. My favorite place to relax is Penn Park. It is the best place for runs and walks when high-rise field or College Green get busy!